What are your thoughts on pictures, or a lack thereof, on ethnic food menus? Do you think better dishes have pictures? Why doesn’t every dish have a picture? The logic of fast food is to show pictures/numbers for non-english speakers to be better informed, but the converse doesn’t seem to happen as often.

Pictures are most likely a good sign when they are dingy and the menu plastic is peeling off. Even then the food may be bad, but at least you know you have a mom and pop operation which is not very polished on the tech side. “Nice” pictures are a bad sign. Pictures are least likely to be a bad sign for Vietnamese food, when they are basically neutral and also fairly common. Think of the Vietnamese as trying to go mainstream with their food but in any case failing. Pictures for Thai food are becoming a worse sign over time. As more people come to learn Yam huapli thot, the pictures are coming to signal that the restaurant is making a determined appeal to uninformed buyers. There is a subset of cranky but excellent Chinese restaurants that offer (non-corporatized) pictures of some of their dishes, including those with tofu. This segment of the market is dwindling but still can be found. The choice of what gets a photo is determined by the expected quality of the image (whole fish get showcased), rather than the taste of the dish per se. 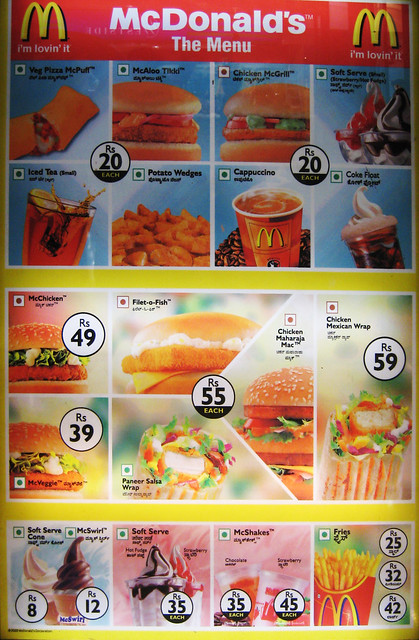 This entry was posted in General Tips and tagged menus, picture menus. Bookmark the permalink.